The government of Tanzania recognizes that women play a significant role in the country’s development efforts. The country has therefore deliberately undertaken efforts to reserve seats for women representation in local and national decision making levels.  However, Equal participation of women in decision making processes has not yet been achieved. Therefore, one focal area of our work is the empowerment of women within the political arena. Current programs include:

This training was a continuation of a similar training that Hanns Seidel Foundation in collaboration with Integrity Watch conducted in 2021 in Dodoma region whereby 40 women councilors from Chamwino District Council, Dodoma City and Chemba District Councils were trained. After this second training, HSF and IW have thus trained all 82 female councilors in Dodoma region; the challenge ahead is then for the beneficiaries to put in practice what they have learned.

Hon. Anthony Mtaka, the Regional Commissioner for Dodoma region who officiated the training urged the local councilors to be active players in stimulating economic, social, educational, and political developments the in local governments. He commended the training and called on Hanns Seidel Foundation and Integrity Watch to support some more capacity building training for local councillors in Dodoma.

The training was officially closed by Hon. Dr. Khamis Athumani Mkanachi, the District Commissioner of Kondoa District. In his closing remarks, he challenged the councilors to put in practice what was learned from the training. In his view, the training would contribute immensely to improve the working relationship among various development actors in the councils and contribute to solving socio-economic challenges in the local settings. Dr. Mkanachi commended Hanns Seidel Foundation and Integrity Watch for developing a hand-book for trainees to learn beyond the training.

Hanns Seidel Foundation and Integrity Watch since 2017 have conducted similar training in various regions of Tanzania mainland including Mwanza, Geita, Tabora, Shinyanga, Simiyu, Arusha and Mara regions. The total number of participants covered in these regions is 405 (360 female and 45 male). This huge difference in the ratio between female and male participants is because the main target group of training program is female councilors who are underrepresented in district councils.

Councilors Active Participation in the training 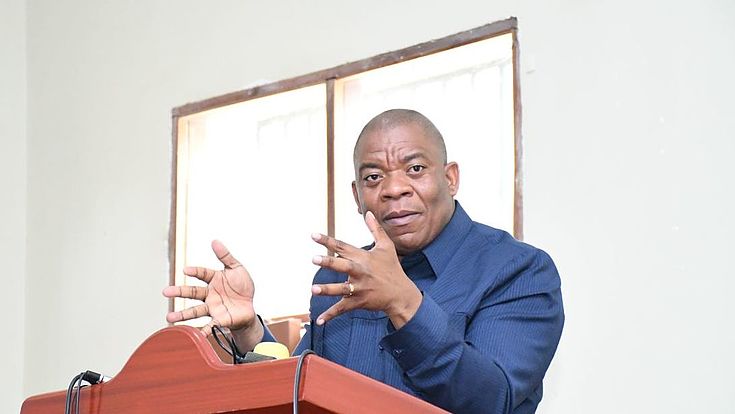 The Regional Commissioner for Dodoma region officiating the councilors training.

Hon. Anthony Mtaka, the Regional Commissioner for Dodoma region who officiated the training urged the local councilors to be active players in stimulating economic, social, educational, and political developments the in local governments. He commended the training and called on Hanns Seidel Foundation and Integrity Watch to support some more capacity building training for local councillors in Dodoma. 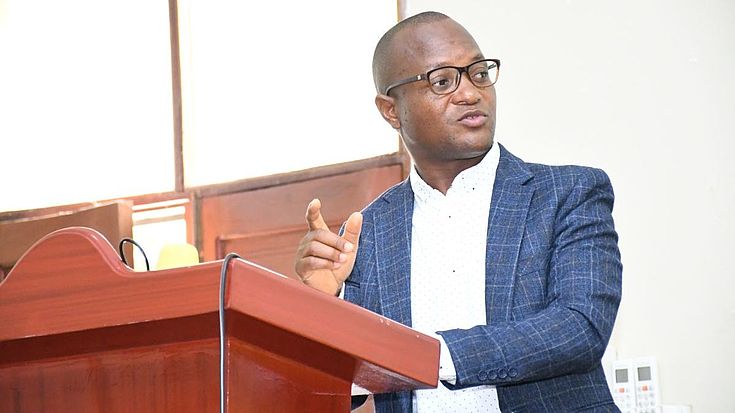 The structure and powers of local governments. 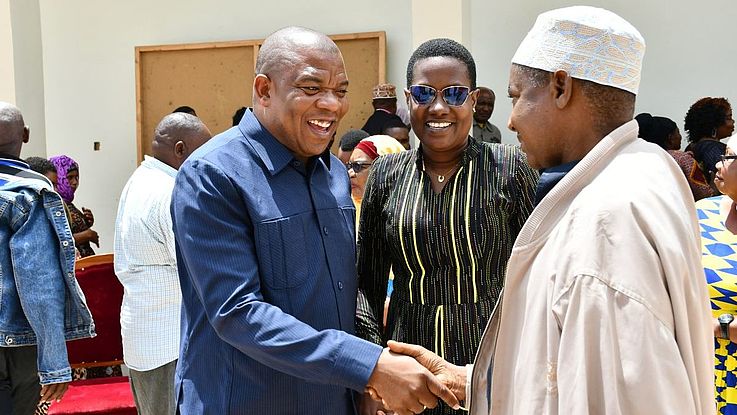 The Center for Good Governance and Economic Development (CGG & ED) is a registered non-profit organization running good governance and economic development training and consultancy services in various areas in Tanzania.

The overall objective of CGG & ED is to support potential and existing elected and appointed local government leaders in their mandate in line with the principles of Good Governance and efficient leadership.

The partnership of CGG & ED with HSF mainly focuses on capacity building programs for women in the political arena. In this regard the CCG&ED is a important partner in the current EU co-funded project Women Leaders - Power of Change.

Integrity Watch (IW), formerly known as Center for Civil Society and Strategic Studies (CCS & SS), is a non-profit organization, affiliated to the Department of Political Science at the University of Dar es Salaam. Its work is dedicated to the fight against corruption and promotion of public accountability as a means towards achieving democratic consolidation.

The partnership with IW mainly focuses on capacity building activities for elected representatives at the district level on principles of Good Governance and gender mainstreaming. In addition a mentorship program is offered for female councilors.

Tanzania Women Parliamentary Group (TWPG) is a registered Non-Governmental Organization that operates within and outside the parliament. Its members consist of all female parliamentarians, regardless of their political affiliation or whether they were elected, appointed through special seats or nominated by the President.

TWPG is aiming at increasing the number of female delegates as well as their potential influence on political decision making. In this respect, the organization strives to implement the resolution of the African Union (AU) and of the Southern African Development Community (SADC) of attaining equal women representation in decision making organs.

The HSF entered into a partnership with the TWPG to support and enable TWPG establish the necessary organizational and personnel structure in order to promote long-term gender equality.

Women Fund Tanzania (WFT) is the umbrella association for Tanzanian women’s right organizations. It comprises a national network of members as well as established lobbying structures. During the constitutional reform WTF played a leading role for the collection and integration of concerns related to women rights.

The organization is a partner for the implementation of the EU co-funded project. Within this project WFT will establish a database and publications about several initiatives for women political empowerment in Tanzania.

Office of the Registrar of Political Parties (ORPP)

The Office of the Registrar of Political Parties (ORPP) is the state institution responsible for the registration of political parties in Tanzania. Furthermore, ORPP is a supervisory body for the compliance with legal frameworks by political parties. The planned extension of the ORPP’s mandate after the adoption of two new legislative initiatives should pave the way for a greater control over the promotion of women within political parties. The organization is a partner of the EU co-funded project EU co-funded project Women Leaders - Power of Change. Within the project ORPP will be strengthened in their effort to monitor and publish the participation of women within political parties.